What The Nfl Can Teach Us About Misclassification 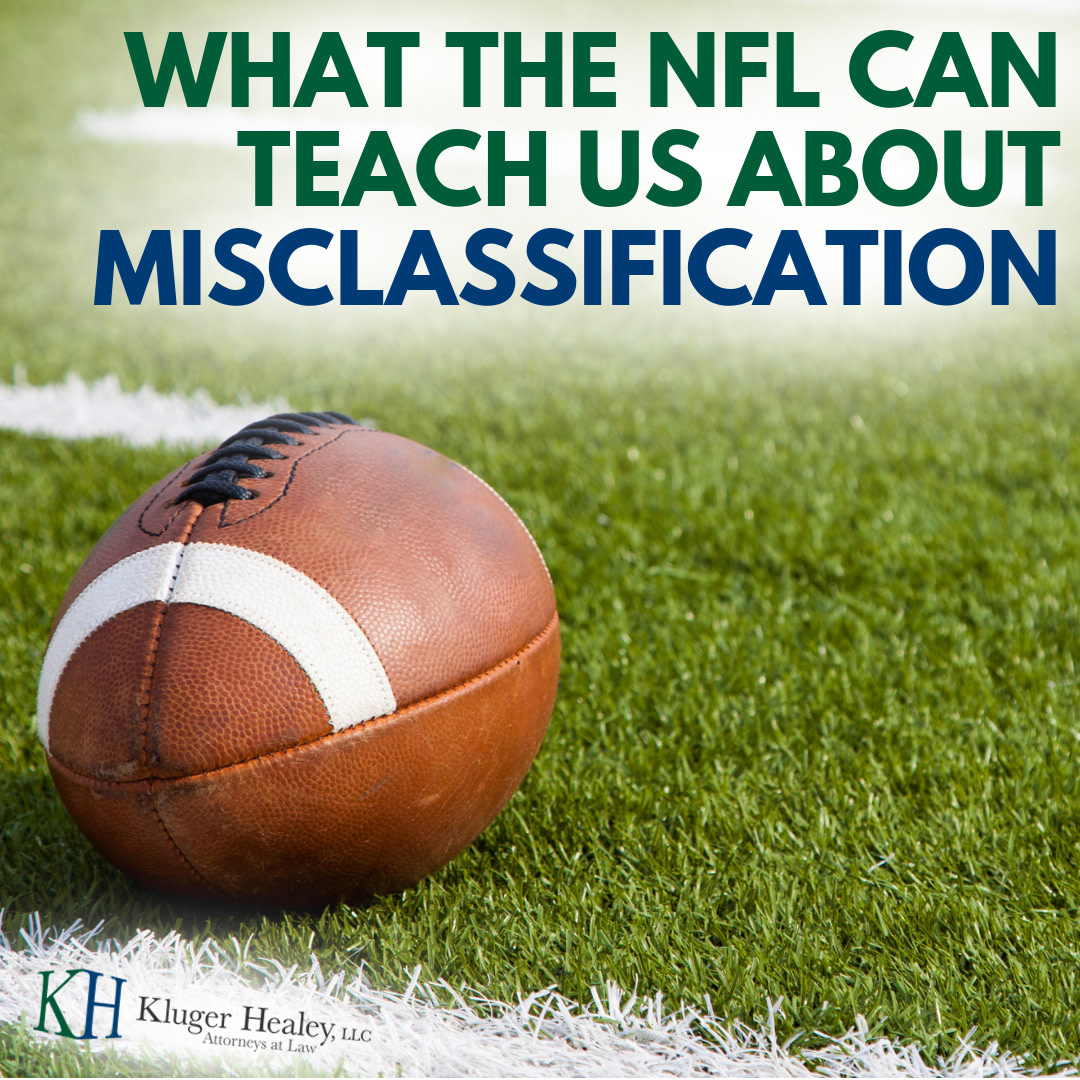 Eli Manning wears his team’s uniform, shows up for practices and games when scheduled, follows a play book and usually receives specific instructions whispered into his ear before each play. Eli Manning is most definitely an employee of the Giants, at least for now. Nine former NFL Security Representatives claim that they followed the NFL’s dress code, attended mandatory training sessions, followed an NFL operations manual, carried NFL ID cards, had no autonomy in the means and methods of performing their duties and yet were misclassified by the league as independent contractors.

When the group, who had served in their roles from 12 to 26 years, were all terminated with the classic but lame excuse, “we’re moving in a different direction” (meaning what? West?), they sued claiming both misclassification and age discrimination. In support of their age claim, the former Security Reps, who ranged in age from 61 to 74, asserted that they remained qualified to perform their jobs, with one plaintiff alleging that he “celebrated his 70th birthday by doing shoulder shrugs with 600 pounds.” Seriously? What does that prove? We shrug our shoulders and scratch our heads at the same time every single day!

This high profile case, which the NFL has recently forced into arbitration pursuant to the terms of independent contractor agreements, is indicative of an intensifying nationwide blitz against independent contractor relationships–often spearheaded by state and federal departments of labor or taxing authorities and increasingly through class actions by the workers themselves. In August 2018, NJDOL signed a cooperation agreement with the USDOL to coordinate misclassification investigations, a move made by the New York Department of Labor in 2013. In fact, on January 17, 2019, the NJDOL is holding a forum entitled, Task Force on Employee Misclassification, demonstrating its intended significant focus on this issue in 2019. Tickets are going fast. Should be a fun time!

Although the federal DOL, the IRS and each state’s equivalent agencies use a variety of legal tests to determine whether a worker is an employee or independent contractor, the most significant variable in each comes down to who controls the means and method of performance. Having an independent contractor agreement with all the right words is irrelevant if the hiring entity directs the hours of work, how the work is performed, and provides the tools and space for the performance. If the worker wears the team uniform, has a job title, business cards of the entity, an email address and/or a phone extension, all of those facts add to the likely conclusion that the worker is an employee.

But don’t try this at home folks, we’re professionals. The consequences for getting this wrong can be an economic nightmare. The government agencies will be looking for back contributions to Unemployment, Disability and Workers’ Compensation Insurance, employer portions of payroll tax, Social Security and Medicare plus, interest, fines and penalties for each misclassified worker. And there are many ways to get caught. A worker gets injured and applies for Disability or Workers’ Compensation or gets fired and applies for Unemployment benefits or sues for misclassification and anything else–like the NFL’s age discrimination case.

So let’s start 2019 right by checking off your resolution to determine if your IC relationships can withstand the coming “Red-Dog” or whether you will need to call an audible at the line of scrimmage. For those not fluent in gridiron jargon: If you’re not sure about your IC relationships, just let us have a look.