We Know Who’s Going To Lose The Super Bowl—YOU! 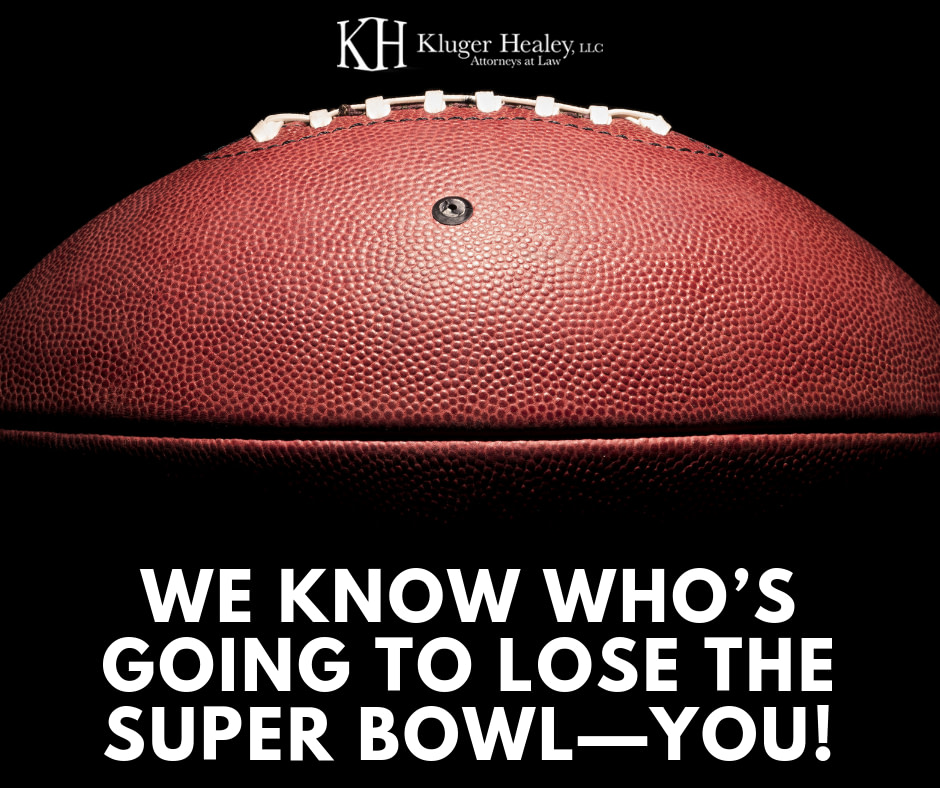 That’s right, we’re back just in time to ruin the big game for you. If you own a business or run a company, you may be the big loser tonight. Even if you don’t bet on whether Tom Brady lives through this one….what is he like 56 years old and playing in his 20th Super Bowl?….the loss in productivity caused by this game will make you feel like you got sacked by Aaron Donald.

According to a survey by Kronos, almost 14 million American workers called out sick on the Monday following last year’s Super Bowl. That’s a lot of hangover for one country. And according to Challenger Gray & Christmas’ annual analysis, those absences alone will cost employers roughly $2.6 billion in lost productivity–or what Mrs. Bezos now calls a month of alimony.

The losses from absenteeism though will be compounded by those weary souls who do drag themselves into work but feel compelled to expound on how they would have run the offense in the 3rd quarter. If those who watched the game waste just one hour,  either coming in late or chatting about the game, that will cost employers an additional $1.7 billion in lost productivity. This annual phenomenon is what prompted Kraft Heinz to satirically promote the day after the Super Bowl as a national holiday known as Smunday.  Not shockingly, a January 2019 Office Pulse poll found that Millennials were the strongest proponent of a post-Super Bowl national holiday, apparently not having gotten the memo that Kraft Heinz was only kidding. But no worries here in the Garden State, our new Earned Sick Leave Law covers Smunday and leaves employees with 4 more days of paid time off, one for each of the Final Four.

We know that right about now you’re thinking, this is all cute but is there any useful information here. Is there ever? Here it comes: If you think we ruined your holiday party by telling you not to have alcohol, let’s talk about sports betting in the office. Because of the US Supreme Court’s May 2018 decision, this is the first year that sports gambling is legal outside of Nevada; but that doesn’t mean everywhere. The office pool is still illegal in 40 states and federal law makes it illegal to use any form of interstate wire communications to engage in betting. So if you have offices in different states, beware, the feds are back at work (at least for a few more weeks).

For employers in Jersey and the 6 other states that already have regulated sports books, keep in mind that an awful lot of the wagering is being done with mobile devices and online. It might be worth having a look at and tightening up polices on the use of company cell phones, computers and the network to address the likelihood that they are being used for gambling. Not that you want tech advice from your employment lawyers, but we’re willing to bet that some employer will soon have a data security breach as a result of employee online gambling.

In only its first year, the legal sports book already makes us long for the days of just filling in the squares. Employees this year can now engage in prop bets on who wins the coin toss, Maroon 5’s first song, or how many times the announcers say that the Rams’ coach is 33. There is even one bet on whether Adam Levine will be shirtless during the half time show. We’re just hoping for one thing– that Gladys Knight makes it through the National Anthem without a wardrobe malfunction.