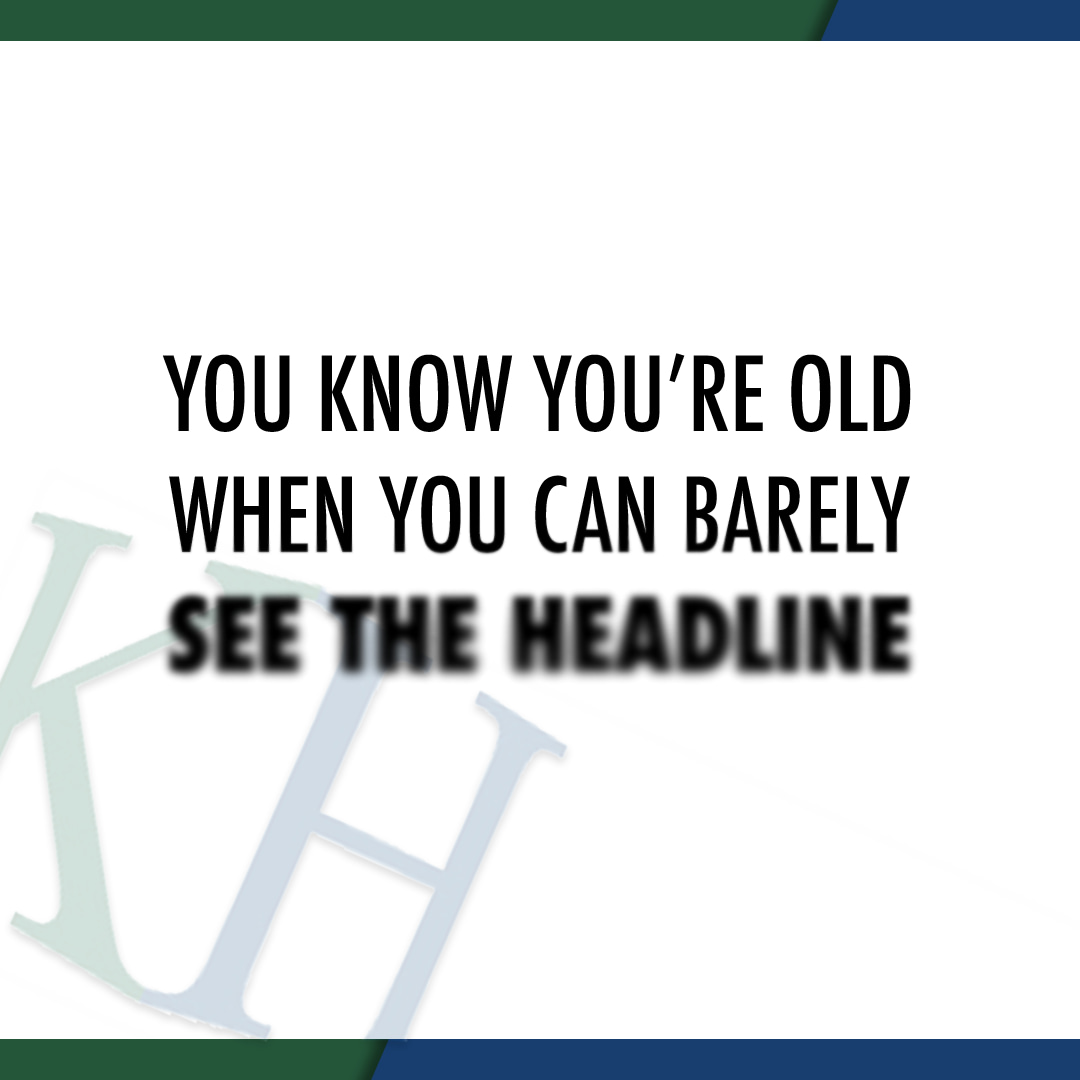 There must be a mistake: we’ve started getting those letters from AARP asking us to join. Right to the shredder! And this year, one of us received a solicitation to buy a cemetery plot…on his birthday! We’re not that old! But American workers are. And BTW, we look good for our age and use hip abbreviations to show we’re still with it. No joke though, 10,000 Americans turn 65 every day making them the fastest-growing age group in the workforce. Last year, 24% of men and 16% of women over 65 remained employed. By 2024, 41 million American workers will be over 55 and 13 million of them will be over 65.  As a result, age discrimination claims are on the rise and employers must be careful to avoid the countless pitfalls that can lead to difficult to defend cases. Here are a few pointers:

Lesson 1: Never start any sentence at work with “hey grandpa” unless, of course, you work with your grandfather. Last month, a 72-year-old former Google employee sued the company alleging that his supervisor told his co-worker he was “in retirement mode” and to “go tell Grandpa to pick up the pace,” followed by a poor performance review after he complained to HR. While these claims can be avoided with better training and not hiring dopes, many new generation age claims emanate from the hiring/firing processes.

Lesson 2: Don’t interview older workers on a speakerphone. In July, Google paid $11 million to settle an age discrimination class action brought by 227 old-timers denied employment allegedly for not having sufficient “technical aptitude.” Among the allegations from one plaintiff was that a Google engineer with a heavy accent interviewed him on a speakerphone making it difficult for the 60+-year-old applicant to hear the questions. He claimed that Google showed disregard for older workers who are “more susceptible to hearing loss.” The same plaintiff claimed that in posing a question, the interviewer’s assumption that byte meant 8 bits reflected age bias because, while we all know that newer computers use 8-bit bytes, older systems use 6 to 40-bit bytes. Maybe he just should have asked the candidate to say bit bytes 5x fast. Another 50-something plaintiff, who Google interviewed and rejected 4 times in 7 years, claims that a recruiter asked her to resubmit her resume showing school graduation dates so that the interviewers would know her age.

Lesson 4: Be aware of all sources of recruiting and maintain control over the process. Employers often unknowingly put themselves in harms’ way through online recruiting. Two weeks ago, the EEOC found reasonable cause in charges against 7 employers based on their Facebook recruiting ads. FB’s algorithms allow employers to micro target demographics. So employers can literally block certain age groups from even seeing a job ad. Under attack in these cases are both the employer’s decision to screen out older workers and FB’s “transparency measures” developed in response to claims that FB helped foreign governments infiltrate our brains. So now, all the targeted job ads on FB say, One reason you’re seeing this ad is that [name of company] wants to reach people ages 18 to 40…and they don’t want old people… you know like that Bernie character.

Among the problems with using FB is that many employers outsource online recruiting and may not be aware that age restrictions are being used by third-party recruiters whose interest is to deliver viably (aka vital) candidates not protect against discrimination claims.

And while microtargeting doesn’t seem much different than recruiting at colleges, PWC is currently defending a collective action claiming that on-campus hiring excludes older workers.

Lesson 5: Speaking of Millennials, don’t tell HR professionals the real strategy. IBM has terminated approximately 100,000 employees in the last few years and is in the midst of a class action for age discrimination as a result. Everything was going badly for Big Blue until its former HR VP testified in a not well-sealed deposition–and made it worse. He testified that the company designed its recruitment strategy to appeal to Millennial talent by showing them that IBM was not “an old fuddy-duddy organization” (who even uses those words besides old fuddy-duddies?), and to make the company appear “as [a] cool and trendy organization” like the other tech companies. Keep in mind, they’re recruiting coders, how “cool” does it need to be? That kind of testimony from an HR VP should result in a quick end to IBM’s cool streak.

Lesson 6: Understand the content of your recruiting materials and please find out how to pronounce GIFs and let us know. Code words in ads, such as those seeking a Digital Native, are used to weed out those of us who would see that and run to Google (as a verb) where the island of Digital is located. While the EEOC has already made it clear that using experience brackets is discriminatory, meaning you can’t seek a candidate with 3 but no more than 7 years’ experience, it is still Kosher (can we say that?) to advertise for a candidate with no less than 3 years’ experience. In just our own quick search of Indeed, we found job ads describing a nimble work environment, one seeking a candidate who can identify white-space, innovate, and serve up meaningful and modern ideas, and another wanting an applicant with the ability to communicate in emoji’s and GIFs. No, you can’t make that up. But a nimble work environment can be seen as the opposite of where they’d hire someone considered set in their ways. If you’re like us and wondering what the heck white space is, then you’re not likely to be serving up any meaningful or modern ideas to that crew. Never a good idea to refer to modern anything in a job ad (except maybe if you’re the Museum of Modern Art). And really, nobody should ever, ever claim that communicating in emojis and GIFs is a skill set.

One thing’s for sure: you’re never too old to learn some new lessons! 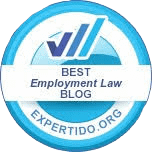