What Now — Another New Employment Law? No Non-Disclosures In Settlement Agreements & No Mandatory Arbitration Of Discrimination Claims 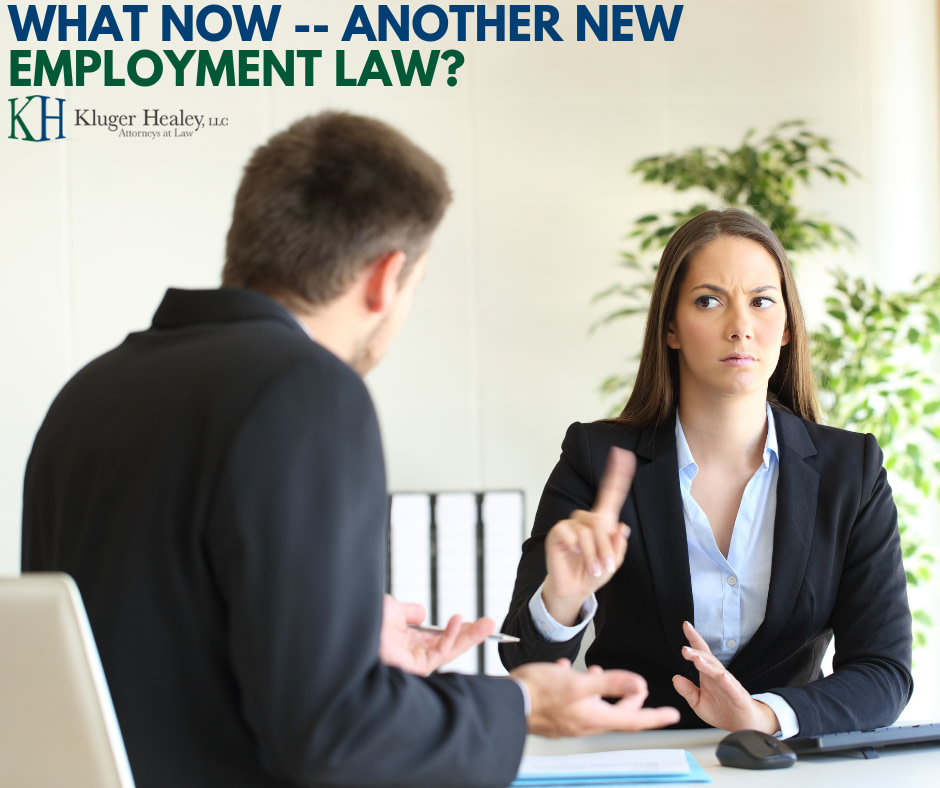 The New Jersey legislature must really love employment lawyers (and who doesn’t?) because they can’t seem to get through a week without passing a new law for us to tell you about. On March 18, 2019 Murph signed yet another, this time banning non-disclosure provisions in settlement agreements and prohibiting mandatory arbitration of discrimination claims.

This law, like some of the other recent ones, is a tad ambiguous. Maybe if our modern statesmen weren’t pumping them out like Toyota Corollas and actually stopped to read the darn things they’d catch the gaping holes in the legislation before tossing them to us to sort out. Too bitter?  Anyway, the new law renders unenforceable, provisions in any employment contract or settlement agreement which would conceal the details related to a claim of discrimination, retaliation or harassment. That means an employer and employee cannot agree to maintain as confidential the facts supporting those claims even as part of a settlement. We get that.

Here’s where it gets interesting—and very difficult, if not impossible, to explain and understand. The law also requires that every settlement agreement involving claims of discrimination, retaliation or harassment include a bold, prominently placed notice that although the parties may have agreed to keep the settlement and underlying facts confidential, such a provision…is unenforceable against the employer if the employee publicly reveals sufficient details of the claim so that the employer is reasonably identifiable. Wait, so you can agree to keep the settlement and underlying facts confidential? What’s that now? Are you confused? #WeToo!

For what it’s worth, here’s what we think this jumble means. Without making this distinction clear, while employment contracts and settlement agreements cannot gag an employee from discussing the basis of a claim, settlement agreements can still prohibit disclosure of the fact of settlement and most importantly the amount paid. If the employee blabs about the alleged harassment, discrimination or retaliation in a way that reveals the identity of the employer though, then it’s a free for all. Or is it?  The ambiguity in the new law is what underlying facts would an employer no longer be bound to maintain as confidential. It wouldn’t make much sense for the employer to be free to reveal the underlying facts of the settlement because that’s precisely what employers want to avoid disclosing. Then again common sense doesn’t seem to play much of a role here. Employers wouldn’t likely be too eager to reveal the underlying facts of the alleged harassment, discrimination or retaliation either. It is possible that the elusive underlying facts could refer to the reasons for the employee’s separation. We may never know, but stay tuned.

Let’s not forget that the new law also renders unenforceable a provision in any employment contract that waives any substantive or procedural right or remedy relating to a claim of discrimination, retaliation or harassment. That means no arbitration agreements or jury waivers.. We say….not so fast Jersey. There is the Federal Arbitration Act which the big court in Washington has consistently found overrides state laws that prohibit arbitration, even in discrimination cases. So eventually a wise employer in New Jersey, that prefers arbitration and doesn’t mind spending a few bucks on legal fees (and who would mind that….it all goes to a worthy cause), will challenge the new law’s prohibition of arbitration and seek a ruling that the federal law preempts it. That does not mean though that those wily Plaintiff’s lawyers, just to hassle us, won’t continue to file in court and force employers to bring motions to compel arbitration.

For now, don’t give up hope. Eventually, we’ll find out what underlying facts they’re talking about. Until then, while we all eagerly await the next new employment law that they’re likely cooking up at the state house, we’ll get to work on the new bold, prominently placed notice for those future settlement agreements.