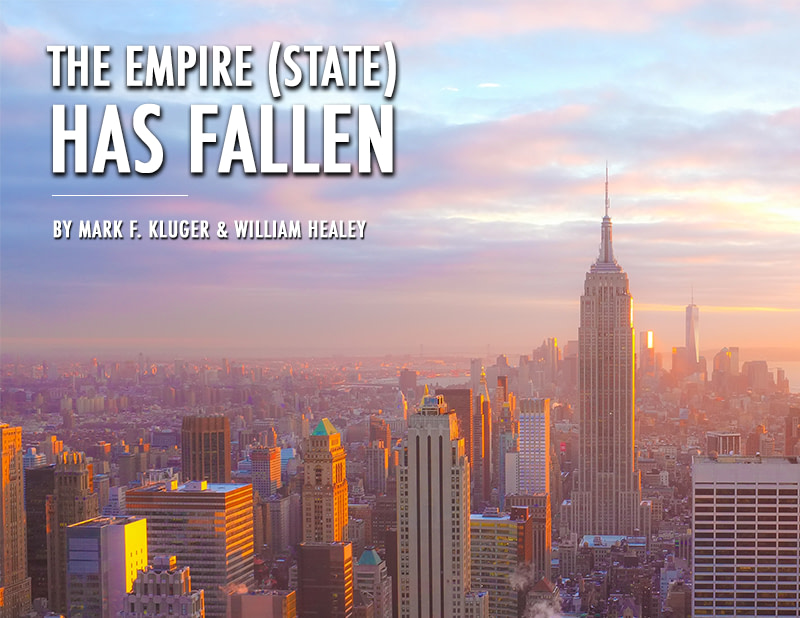 We’ve been conducting sexual harassment training for almost 25 years. We started young. Very young! Among the many scintillating questions that we routinely ask our victims, audiences are whether they can identify a good reason why anyone needs to tell a dirty joke at work. We rationalize that the stunning silence means they can’t think of a good answer rather than accept the reality that they didn’t hear the question. But the reason we ask is to make the point that although employees should save those jokes for their non-work friends (if they have any), simply telling a single dirty joke at work, although inappropriate, does not rise to the level of sexual harassment under the law. Well, start spreading the news because, while the real Chairman of the Board is about to roll over in his grave, the law that Prince Andrew will soon sign makes that one dopey joke actionable sexual harassment in New York State. As previously promised, here’s all the game-changing news for NYS employers.

For decades, in order to be considered harassment, the behavior of a sexual nature had to be severe or pervasive enough to make a reasonable victim believe that the work environment was abusive. That means a single severe incident, like a sexual assault or a series of events that create a sexually charged environment, was necessary to ring the bell. Last month though, the Albany politicos jettisoned that whole body of law into the Hudson and established that in NYS it will be unlawful:

This means a single event, like that one dirty joke –even a good one (see below) –, might trigger a valid claim. Even more concerning are the implications for events less obvious than a dirty joke. In a 2017 yougov.com survey, 17% of women 18 to 29 said that being asked out for a drink at work constitutes sexual harassment. Now while 17% seems low, the fact that any percent of anyone thinks that being asked out by a co-worker is sexual harassment is troubling. The problem is that in NYS, that 17% might just be right.

Employers in NYS have one defense left. The statute says that [i]t shall be an affirmative defense…that the harassing conduct does not rise above the level of what a reasonable victim of discrimination with the same protected characteristic would consider petty slights or trivial inconveniences. Excuse us….what??? Let’s start with the reference to “harassing conduct” as opposed to just “behavior” or “statements” or any other neutral-sounding words. Not far behind that loaded language is the reference to “reasonable victim of discrimination” as opposed to “individuals to whom the behavior was direct or who observed the behavior.” So even the affirmative defense puts employers on life support. All of this legal babble boils down to the following:  if a reasonable woman or man, depending on who brings the claim, would consider the behavior to be just above annoying— well, that folks is the new definition of sexual harassment in NYS. And if you thought that was funny, you haven’t even heard the punch line yet. About 21 years ago, the 9 wise men and women on the Big Court said that if an employer distributes a written policy to its employees that defines sexual harassment and includes a complaint procedure for those who have been subjected to or witnessed sexual harassment, employees are obligated to follow that policy and report the behavior, giving the employer an opportunity to investigate and take prompt remedial action if necessary. Employees who bypass the internal complaint procedure cannot bring a viable lawsuit. Plain old common sense, right? And out of DC no less. Just remember, it was 21 years ago.

Although that still remains the standard under federal law, with one swipe of the pen, New York law, will soon be:

You read that right. NYS is about to do away with an employer’s defense that it has a complaint procedure and the employee didn’t complain. Employers will no longer be afforded the opportunity of notice and a chance to fix the problem before getting sued. So employers will be sued even if they had no idea that sexual harassment occurred – – just like in the pre-1998 dark ages.  There’s nothing like going backward and proclaiming its progress. Oh, but at least the statute of limitations has also been lengthened from 2 to 3 years so employees can lie in wait even longer. And remember our damsel in distress at the NY Museum of Sex? Is there any doubt now as to how her case will turn out under this new law?

To deal with all of this, every NYS employer must be even more vigilant than ever and take every precaution to protect against sexual harassment claims, including what has become the most important step—a training program that creates a culture in which employees understand that even that single dumb joke is just not acceptable.

REMEMBER, the 2018 amendments to the NYS sexual harassment law require employers to train every employee no later than October 9, 2019.  Now we happen to know a couple of guys[no not them] these guys, who are pretty good at this harassment training thing. Summer’s half over and the fall will soon be here. Don’t procrastinate, don’t hesitate. (CLICK HERE).

Speaking of good dirty jokes: a guy walks into a bar and starts hitting on a woman sitting alone. She cuts him off and says, “save the lines buddy I’ll screw anyone, anytime, anywhere.” He smiles and says, “Hey, I’m a lawyer too. What firm you with?” Remember, do as we say, not as we do!