The Best Way To Stay Under The Radar 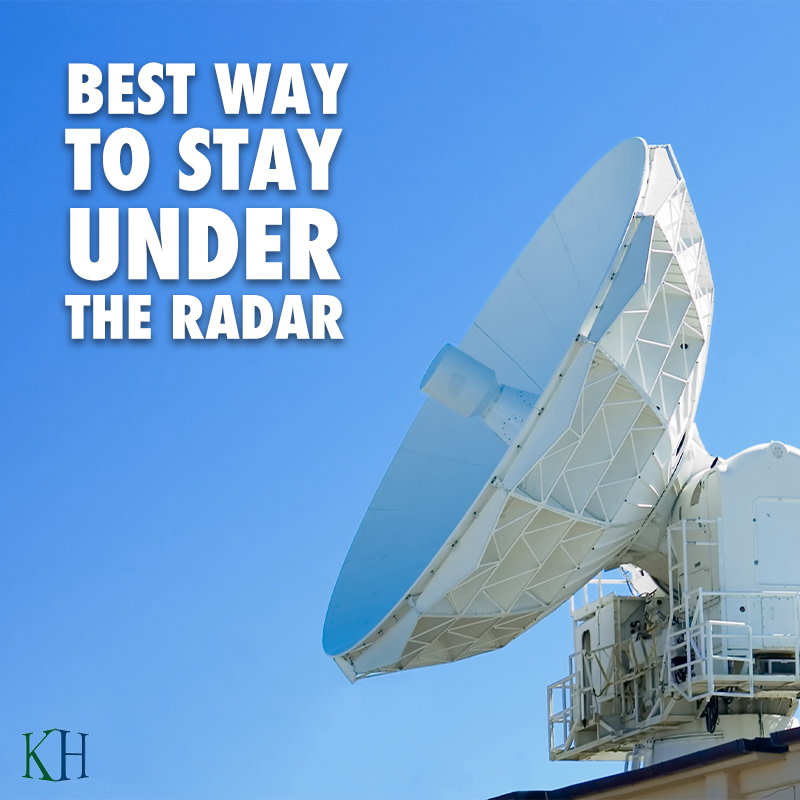 Are you ever just curious about whether someone you know is gay? Come on, you can tell us—we’ll use our attorney-client privilege hocus pocus and nobody will know. Well it turns out that in New Jersey, the Attorney General’s Division on Civil Rights (“DCR”) gets all bent out of shape if you ask one of your openly gay employees to find out for you. What’s the big deal? We are all vested with certain innate abilities and if an employee happens to be blessed with the power of Gaydar, why can’t their employer ask them to deploy it on behalf the company?

That’s exactly what one New Jersey employer did — during a company-wide meeting — with the entire staff present. But it was for a good cause. You see, the boss wanted to know if a new client was a lesbian – no doubt critically important to the sales pitch. So she suggested to an LBGTQ employee –out loud, that she might want to use her Gaydar to find out. It seems though that rather than being a team player, the employee was offended. The openly heterosexual boss, in her defense, explained to the offended employee that she felt her Gaydar comment was acceptable because she had heard the employee joke about her sexual orientation and even use the term Gaydar in the workplace. Even so, what supervisor would think she could get away with that these days? PLOT TWIST–maybe a supervisor whose sister is the head of Human Resources for the company.

It seems that fact bothered the DCR, which in a press release announcing its May 9, 2019 finding of probable cause against the employer, noted that the employee could not turn to HR for help because of the familial relationship. But just wait a minute! Has the DCR never heard of sibling rivalry? Isn’t it just as likely that the head of HR had been waiting a lifetime to get back at her sister for breaking her toys, stealing her boyfriend and getting the better hair? It might have been worth a shot for the employee to take the complaint to HR.

Although we don’t know what the sister would have done, we have a pretty good idea how another family member head of HR would have handled things. In a lawsuit just filed against a NYC architecture firm, a former employee alleges that she lost her job for complaining about the unusual choice of snacks brought to the office by the head of HR/husband of the CEO.  For some reason, that former employee was offended by the penis-shaped gummy candy that he handed out. Can’t make it up. But for those of you who naively think that this is the first penis-shaped gummy lawsuit involving an HR professional, oh are you ever wrong. A few years ago, the Director of HR at a Dallas firm filed suit to learn the name of the employee who sent her a bag of the fruit flavored phallic chewables. She did not sue her employer though, she sued the company that made and delivered the creepy confections. And for those of you just dying to know where to get these instant lawsuit edibles (and we know who you are), the suit was against…wait for it… Dicks By Mail…of course.

Here’s where we were heading before we got distracted by inappropriate candy. Although the Gaydar comment might be an example of a single severe incident of hostile work environment harassment, especially because it was in front of the crowd, that legal standard may be on its way out. For decades, the law has been that the behavior must be severe or pervasive enough to make a reasonable victim believe that the work environment is hostile or abusive. This is what prevents every one-time dopy comment from becoming the basis for a lawsuit. There must be an ongoing pattern that the employer fails to address before a lawsuit has legs. Across the river though, we are already seeing a rapid retreat from that standard.

The NYS legislature is currently considering a bill that eliminates the severe or pervasive language completely and changes it to any behavior in which an employee is treated less well than other employees because of gender and the conduct is more than petty slights or trivial inconveniences. If you think there’s a lot of litigation now, if that becomes the legal standard, just wait. One legislator explained that she supports the change because the severe or pervasive standard was established by SCOTUS 33 years ago, and that “1986 is the year that I was born” and it is “outrageous” that the law remains the same as it was when she was born.

MEMO TO STATE LEGISLATOR: 1986 was 210 years after 1776 when those really old dudes wrote that other thing…what’s it called? Oh yeah… THE CONSTITUTION…and that seems to still be working pretty well!

So, in our ever changing world, where legal standards never become more employer-friendly, and where some geniuses think it’s okay to ask others to deploy Gaydar, and some think penis-shaped gummy candy at work is a great idea, informed employers must proactively address the problem of workplace sexual harassment by having an effective policy and complaint procedure and, of course, by conducting appropriate training.  And probably a good idea to keep the family out of the HR Department!