Just When We Thought it was Safe: And then there was Ken and Steve Adam 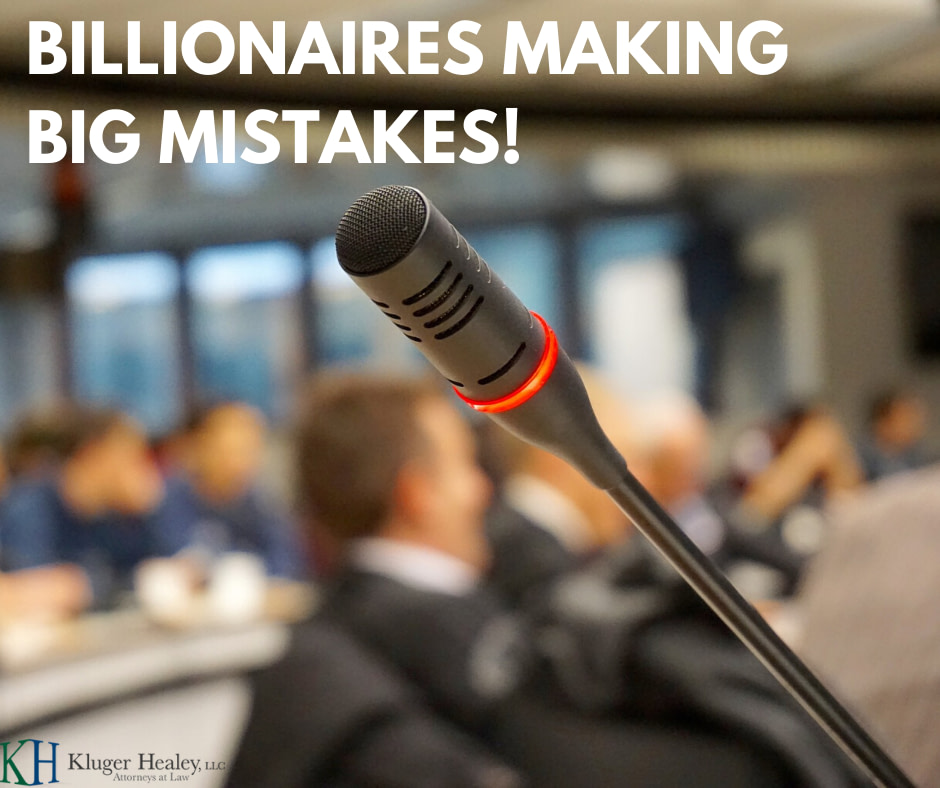 This is not our fault. We seriously wanted to give you (and us) a break from sexual harassment and gender issues for a while. But no. A big mouth billionaire thought he was immune or didn’t think at all–and here we are again.

On October 8, 2019, according to media accounts, securities’ industry giant Ken Fisher, while speaking at a conference, compared attempting to win over clients to “trying to get into a girl’s pants.” A male attendee posted a video on Twitter saying that Fisher talked about genitalia and made comments like, “don’t show them what’s in your pants.” He also said that a former Fisher employee told him that Fisher often spoke that way at work. The Tweet had 70,000 views in the first 16 hours. Fisher’s response to the criticism likely didn’t help. He told Bloomberg that he used these metaphors in the past and had never gotten that type of response….Mostly the audience understands what I am saying. He added: I regret I accepted that speech invitation because it was kind of a pain in the neck… [and] I wonder if anybody will be candid at one of these…events again. Wait, so it’s the conference’s fault and you were just being honest? And who the heck’s gonna do that again after the hell you’ve been put through? It’s a perspective.

But when the event went from a pain in the neck to a pain in the bottom line (Fisher’s clients got into his pants and withdrew $3 billion in assets in 3 weeks), Fisher gave a halfhearted apology, one to the public and another by email to his employees. It’s a classic: Many of you are likely familiar with my sometimes colorful means of expressing myself. I like to say what is on my mind. Hey Ken, that not only confirms your employee’s account of your workplace behavior, but also makes clear that it’s what’s on your mind that’s the problem. Maybe you just shouldn’t say it out loud because just being honest is not a very good defense in this context.

These events led to an immediate media attack on the securities industry. But sexual harassment has nothing to do with any single industry. Just look at the broad (we mean wide) array of industries from which the hall of shame contenders emanate. Each instance of real harassment is one individual behaving badly and sometimes one employer not stopping them. A former high profile ad executive, who is on a self-flagellation tour, includes a powerpoint slide that says: I was flippant, I made jokes, I was flirty, I encouraged drinking and drug use…And I believed the old creative douche bag rock star notion that you have to party really hard …to be someone…in this industry. Another slide offers to meet anyone who he hurt for a personal apology. And yet at the same time, another former rock star ad exec has just filed a $25 million defamation lawsuit against Adweek and an anonymous social media account, Diet Madison Avenue, claiming that they ruined his life based on false sexual harassment allegations. In the lawsuit, the exec describes himself as a hugely successful and incredibly popular…creative, and that the Adweek and social media stories were unverified, scandalous and salacious which resulted in ending his stellar career. Notice he doesn’t say “untrue,” just “unverified.” The plaintiff in that case is responsible for the Geico Gecko ads. Justice does work in mysterious ways.

Just last Sunday McDonalds tossed its CEO into the fryer because of his relationship with a subordinate. What’s extraordinary and ironic about this ouster is that in September, over 100 elected officials from 31 states delivered a letter to Ronald McDonald urging the fast-food franchisor to strengthen its anti-harassment policies. Apparently, someone didn’t get the memo. On his way out, the CEO confessed: I engaged in a recent consensual relationship with an employee, which violated McDonald’s policy. This was a mistake. We obtained the unedited version which read: I made a Big Mac-stake with a Little McMuffin. Fortunately, the PR department caught that before it went out. Too bad ours didn’t.

On September 16, 2019, the now unemployed CEO of WeWork was driving back from a meeting at JPMorganChase with his Chief of Staff who had recently returned from maternity leave. The boss allegedly quipped, “I hope you enjoyed your vacation.” Now the WeEEOC is going to decide if that little comment is evidence of gender discrimination.

What have we learned from Mo, Larry, and Curly?

One CEO made public statements comparing wooing clients to picking up women and then doubled down defending his analogy with, he was just being honest, everyone understands that metaphor and ultimately, hey you know me, I just say whatever pops into my head. That cost him $3 billion. Mr. All-Beef Patty had a supposedly consensual relationship with a subordinate. If the consensual part is true, that behavior is not sexual harassment and he lost his job anyway. Why? Because the company policy is hands off the help and if the CEO doesn’t follow it, why should anyone else. No more Special Sauce for you! Mr. WeWork Somewhere Else Now was in the confines of a car with one person and allegedly made an insensitive comment. If you live on this earth and know any woman at all, you should know that comparing maternity leave to a vacation is likely to get you punched, at best. But when a boss says it to an employee, they’re going to end up explaining it to the jury.

There is no “safe” place to say or do dumb things. Nobody gets away with it anymore. And our jobs in defending employers when senior-level employees think the rules don’t apply to them is getting tougher. Since the ultimate message is all about us: Make our lives easier — think before you speak and work on your game at someone else’s stadium.

Happy Veterans Day to all who have served and thank you for your service!