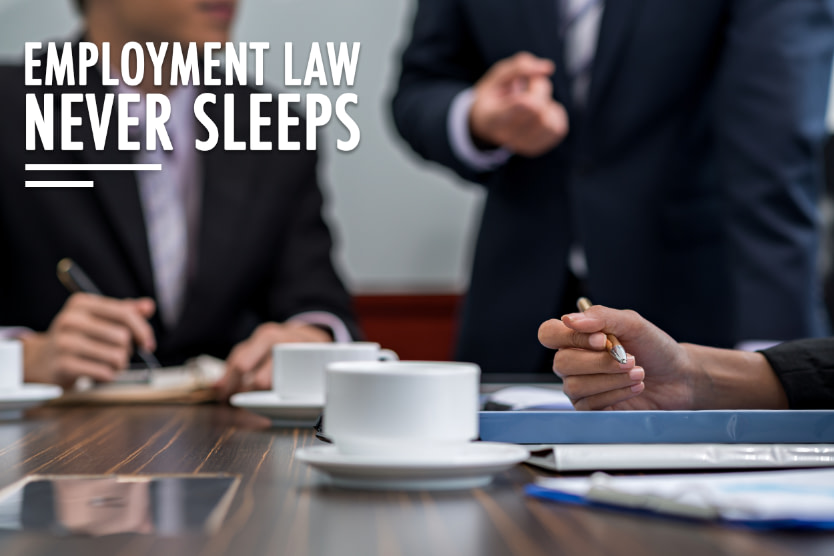 You haven’t heard from us in about a month. Miss us? Well, we had a few good reasons for going dark. First, beach barbeques and briefs. Secondly, we knew if we waited, there would be enough new employment laws in New Jersey and New York to make your heads explode and we wanted to deliver the blow all at once. So we’re ripping off the bandage and here we go.

First up, the twins– New York and New Jersey’s nearly simultaneous salary history bans. On July 10, King Cuomo signed a prohibition against employers asking an applicant or current employee their salary history as a condition of being interviewed, considered for employment, hired or promoted. We don’t exactly understand how an employer would not know a current employee’s salary history, but there’s obviously a lot we don’t understand. Employers also cannot inquire about salary history from an applicant’s former employers. Applicants, of course, can volunteer the information and an employer can use it in salary negotiations. NYC already has similar bans in place, so nothing new in the big city.

Not wanting to be out-progressived, on July 25 Acting Governor Sheila Oliver signed New Jersey’s version. Starting January 26, 2020, NJ employers can no longer inquire about salary history. Employers must remove such questions from applications for NJ employment or multi-state employers must inform NJ applicants not to answer. Interviewers may not ask questions about prior compensation or benefits. There is one relatively useless exception though. After an offer of employment that includes an explanation of compensation and benefits, an employer can ask an employee to sign a written authorization allowing a salary history inquiry from prior employers. Yet another thing we don’t understand. Do you really want or need to know that you are overpaying someone who you just hired when you can’t do anything about it?

Recruiters are not prohibited from requiring salary history data from applicants, but cannot disclose it to prospective employers without written consent from the potential employee. NJ employers are also required to notify any background check company they use that salary history cannot be sought or if it is, disclosed to the potential employer. If the data somehow makes its way into the report, employers must pretend they didn’t see it….like that’s going to happen! Oh, and if the new law is violated in regard to an applicant in a protected class, the offense will also violate NJLAD. Kind of like two lawsuits for the price of one.

Next up, wage theft. On August 6, 2019, while Murphy apparently continued to nap, Acting Gov. Sheila signed the New Jersey Wage Theft Act. Ironically, we think of wage theft as something employees do, like when they punch in and don’t start working or hang around chatting before punching out. It seems that Shelia, who was acting a whole lot like the real Governor in signing yet another law that makes it more difficult to be an employer in NJ, doesn’t see it our way. The new WTA imposes insane financial penalties on employers for wage and hour violations and creates the potential for new episodes of Orange is the New Black-Jersey Style.

Here’s the deal: Automatic liquidated damages of 200% of back wages due. That means, if you fail to properly pay and owe an employee $100, you’re paying $300 off the bat. Then, for a first offense, a fine of $500- $1,000 and/or 10 to 90 days in jail. Don’t worry, just County jail, not hard time. Each week of improper wage payment is a new offense. The fines go up to $2,000 for a second offense and 100 days in jail and ultimately to $15,000 and 5 years in Supermax or something like that. Can you imagine telling the Unabomber and El Chapo you’re in for not paying OT?

Here are a few more gems: If you fire an employee, for any reason, within 90 days of his/her filing of a wage complaint, there is a presumption of retaliation and the employer will be required to reinstate with back pay plus 200% of lost wages. Failure to maintain proper records means the employee wins. The statute of limitations is increased to 6 years. Keep those records! And then, if you have workers employed through a temp agency or PEO and those third parties fail to properly pay, there is joint liability. So you can be on the hook for their screw up. At least you’ll know your cellmate. This one is effective on November 1, 2019.

As we warned a few months ago, on August 12, 2019, taps was played in Albany for the severe and pervasive standard for sexual harassment claims under NYS law, substantially lowering the bar for plaintiffs to prove claims and opening employers to a currently unknowable benchmark. Stand by for more chaos. In the meantime, the deadline for mandatory sexual harassment training for all NYS employees has not changed. You’ve got to get it done by October 9, 2019. Wow, that’s like just days away now.