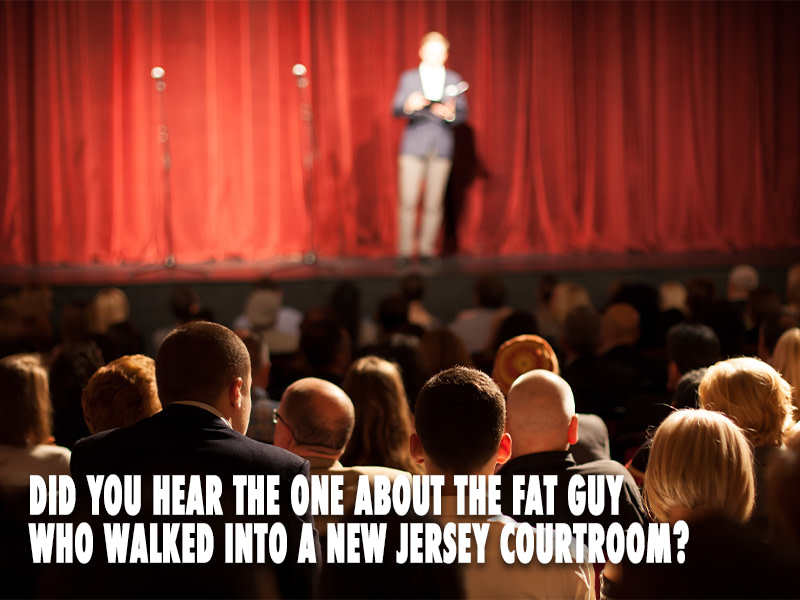 Last month, some skinny appellate court judges said that fat jokes at work are legal in New Jersey. Well that’s not exactly what they said. The big guy who sued was a bus driver whose weight fluctuated from 500 to 600 pounds. You picturing who we’re thinking of?

Bus drivers are required to have a commercial license which under federal regs requires passage of a medical exam every 2 years. After 10 years behind the wheel without a problem, a doc parked our guy at the depot because he could not bend over to take off his shoes and had a massive pedal edema. That’s pedal as in foot, not as in gas pedal. Anyway, the company didn’t fire him, instead they put him on leave and told him to get the additional medical tests that the docs required which he ultimately chose not to do.

While on leave, the driver sued for hostile work environment under NJLAD based on disability, claiming that his co-workers regularly made jokes about his weight. Specifically, he testified that they referred to him as “fat,” said that he “must weigh a thousand pounds” (which was off by like 400 pounds), would likely eat all the food out of the snack machine (good one), was “as big as a bus” (very clever group), and that he might break chairs if he sat on them. Wow, that’s the best that they could do?  Really? Those co-workers should be sued just for that lame material. But here’s where we get off the bus: the driver also testified that he used to make jokes to his co-workers about his own weight and even referred to himself as fat boy. He also said that he hung around with these hilarious guys at the depot after work just to joke around with them. At no time did the driver ever complain to his supervisors or HR. He didn’t even say to the guys, one more crack about my weight, just one more crack, and its bang, zoom, right to the moon.

The driver’s hostile work environment claim was not only derailed by his own participation in the fat-shamming, but more importantly, the court said that he was not a member of a protected class. Just being fat alone does not provide any legal protection under NJLAD. Pass the fruit cup please.

In order to have protection under NJLAD, our plus-sized friends must have some underlying physiological cause for being larger than life. The court said that if the excessive weight is caused by an illness, injury or disease, the employee would be protected from the bad jokes because he’d be considered disabled. But if it’s just all about the Twinkies, well then it’s open season on the XXXL people according to the petite panel of judges. Keep in mind that it’s real easy to be judgmental about weight when you wear a flowing robe at work all day and nobody really knows what’s going on under there.

The moral of the story: fat jokes allowed if weight self-imposed, if not, no jokes. And by the way, don’t ask.