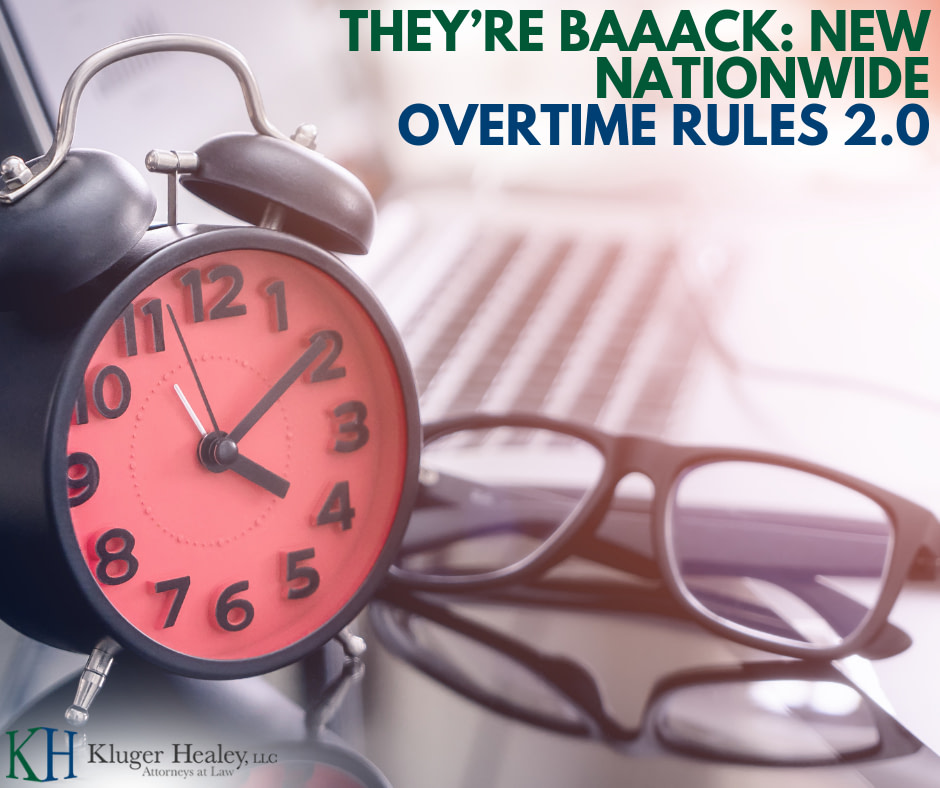 Cue the Jaws theme music. Just when you thought the waters were safe and those sharks from the US Department of Labor had stopped feeding on the overtime regs, they’ve resurfaced ready to take another bite out of employers’ wallets. Where are those Texas federal judges with their judicial harpoons when we need them?

We suspect that you will remember what a mess this was throughout 2015 and 2016, when employers were scrambling to either reclassify managers as non-exempt, opening the door to significant overtime costs or giving them substantial raises to avoid their eligibility for OT. And we had to do all that freaking math to figure out which was the most economically efficient way to go. We don’t like doing math! Then on the evening of November 28, 2016, only days before the new regulations were to become effective (cue the suspense music), an out of control, wild and crazy federal judge in the Eastern District of Texas enjoined the whole deal and we never heard about it again. Until now.

The plan that was scrapped would have raised the salary requirement for exemption from OT to $47,476 from the then and still reigning $23,660. Keep in mind that there is also a duties test that requires that to qualify for the exemption, employees must have management-like responsibilities, and/or discretion to make decisions of significance or the power to hire and fire (and a bunch of things that we can explain if you really want to know). Getting this wrong can be costly though because those state and federal DOLs love these misclassification cases; they’re easy to prove and money in the bank for the employees and government treasuries.

Just ask Bloomberg, which late last year learned the hard way, settling a class action with its Analytics Representatives for $54.5 million. The financial information company classified as exempt from overtime, the Analytics Reps who assist clients online in the use of the Bloomberg Terminal, a software system that allows users to access and analyze financial data. In a similar case, JP Morgan took a $16.7 million hit from its Assistant Branch Managers. Both cases highlight the common misconceptions that white collar positions are exempt from OT if they require some degree of thought and analysis, have a fancy job title, or simply because a salary is paid.

The new OT rules, likely to become effective January 2020, will increase the annual qualifying salary for the exemption to $35,308 ($679 a week). There is also a highly compensated employee exemption for employees who currently have a salary of $100,000 or more. That threshold will increase to $147,414. Just so we don’t get bored with the same old numbers, the rule also provides for increases every 4 years. And if you do like math, the new law allows employers to apply non-discretionary bonuses, incentives and commissions, to account for up to 10% of an employee’s income to determine if they meet the exemption threshold. So if a manager’s salary is $32,000 but they earn $3,400 in bonuses, they will be exempt from overtime. The rule also allows a one-time catch up payment of no more than 10% of the threshold ($3,530.80) at the end of the year to make the employee exempt if the incentive pay does not get them there. But what happens if that employee regularly works 45 hour weeks throughout the year before they’ve earned any incentives and he/she ultimately doesn’t meet the threshold? Can the employer make retroactive OT payments without penalty? Excellent question. Thanks for asking. Yeah, the DOL doesn’t have an answer….at least not yet.

Now is a good time for you to assess which of your employees may be impacted by this likely change to the law. Then again, maybe there’s another federal judge in Texas just waiting to derail this plan.  Even better, we can always hope that Matt Hooper (Richard Dreyfus) and Chief Brody (Roy Scheider) show up in time to blow up this new rule and make it safe for all of us to go back into the water this summer.